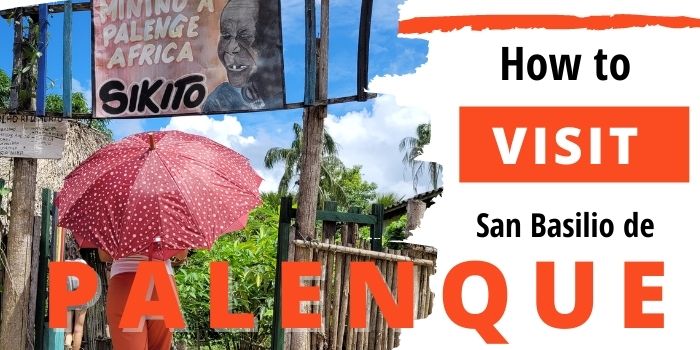 San Basilio de Palenque was the first free town in America. They have managed to preserve their African roots through dance, music, language, and food.

You can book a day trip from Cartagena to visit this village named Masterpiece of the Oral and Intangible Heritage of Humanity by UNESCO.

Since 2015, I have been traveling around Colombia to show the enriching experiences that travelers can be part of.

Today, let’s go to the village founded by an African king who became a slave and then a symbol of hope.

🌴 More experiences we tried in Cartagena 🌴

I guess you don’t know what a Palenque is?

It is a village founded by escaped slaves.

You see, Cartagena was a slave port. From 1501 to 1852, hundreds of thousands of slaves passed through the city, sailing up the Magdalena River valley.

In 1603, a young African king named Benkos Biohó managed to escape with over 40 of his companions. They took refuge in the Montes de María to escape the Spaniards.

For more than 100 years, they fought for their freedom, emerging among the dense vegetation and attacking simultaneously with the help of drum messages.

They exhausted the Spaniards and forced them to sign a peace agreement in 1603. This peace treaty was later ratified by a royal decree of the Spanish crown in 1713.

Since the Spanish never subjugated the Palenque people, they managed to keep their traditional customs. It’s why they got the title Masterpiece of the Oral and Intangible Heritage of Humanity by UNESCO in 2005.

To prevent communication and, therefore, rebellions, the Spaniards used to mix slaves from different tribes. When Benkos Biohó and his people escape, they invent their own language, a kind of Spanish Creole.

Nowadays, the Palenque language is still taught in the school of San Basilio.

Some women have managed to transport seeds from Africa. During our tour to San Basilio de Palenque, we met the student of Patio Sikito.

After a delicious tea of lemongrass, cinnamon, and mint, he gave us a small presentation of medicinal plants used in the village of San Basilio de Palenque.

If you have a liver, intestinal, diabetes, or cholesterol problem, this is the place to come. According to our guide Danilo, they have not had any deaths from COVID-19.

As a bonus, you’ll even get an aphrodisiac mix!

In the main square, there is a Catholic church. However, each inhabitant of Palenque can decide to worship the African gods and marry according to their ancestral customs.

In San Basilio de Palenque, there is always an opportunity to play music and dance. The percussion of the drums and marímbula sound to celebrate good news or to attend the dead.

Depending on the tour you book, you will be able to participate in a 15-minute workshop to hear the story of a percussion teacher.

When a Palenquero dies in the village, the inhabitants believe that his soul will return at 6 am and 5:30 pm for the next 9 days. The villagers play drums and dance to accompany him.

How to book this experience

Every year, during the second week of October, San Basilio de Palenque holds a free 4-day music festival. Many artists like Rafael Cassini come to play and dance at night.

During the day, there are some workshops to introduce you to the unique Palenquera culture. If you want to sleep there, you’ll have to stay in a local’s house!

About 4000 people are living there.

And guess how many police officers?

To resist against the Spanish crown, the most essential word was solidarity.

This solidarity can still be seen in the current San Basilio de Palenque.

The community votes representatives (men or women) to manage the village. In addition, people from each neighborhood support each other in case of problems. For example, they raise money for the family of the deceased.

Besides, agencies wishing to visit the village must go through a guide and San Basilio de Palenque agency. This allows for economic benefits for the inhabitants.

5# It is the town of the famous palenqueras!

These are women dressed in colorful dresses and carrying baskets of fruit on their heads. You must have seen them in the pictures of Cartagena.

Nowadays, most of them live out of the San Basilio de Palenque to avoid going back and forth every day.

During the tour, we met two charming Palenqueras who sell homemade sweets.

The most famous being Antonio Cervantes, aka Kid Pambelé, who won twice the world light welterweight title.

Its success has allowed the inhabitants of San Basilio de Palenque to improve their living conditions with access to water and electricity.

During our tour, I met Julio, a young boxer who trains 32 young people from the village for free. We had the right to a small demonstration. As soon as he started to box the sandbag, his look was transformed, charged with intensity.

It is a new fight to win. I understand better why the Spaniards left running.

How to book this experience

During our walk in the streets of the village, we stopped in front of many street arts. One of them represents Graciela Salgado, a famous drummer. She was also the director of Las Alegres Ambulancias.

Son Palenque or Sexteto Tabalá are other well-known musical groups from San Basilio. You will probably see some of them if you attend the festival in October 😉

The palenqueros will not forgive me if I forget to mention Evaristo Márquez, the cattle herder who became an international movie star thanks to Marlon Brando. He was chosen on a whim to play alongside him in the film Burn!

Yes, you read that right.

In 2014, more than 30 Palenqueros got together to give their recipes.

After eating with the family of Danilo, our guide in San Basilio de Palenque, I understand why they won this prize.

In the backyard, on a wood fire, she prepared a Mojarra fish with coconut rice, salad, and agua panela.

She served us this delicious meal on a banana leaf. And no way to use a knife to eat it. You use a spoon made from totumo and your fingers.

During the tour of San Basilio de Palenque, you can stop in front of the different stands to buy local sweets, such as cocada (coconut-based) or alegria (corn-based).

And to wash it all down, you get a refreshing agua de coco and a shot of Ñeque (local alcohol made with sugarcane).

Things to know before booking your Palenque tour

Here is a small list of practical information to visit San Basilio de Palenque from Cartagena.

What’s the next step?

We work with a reliable partner to book this activity. You can contact Cathy through our online form. She will send you a quote within 24 hours.

San Basilio de Palenque is a unique cultural space. For over 400 years, this community has managed to preserve its ancestral customs. This day trip from Cartagena will be an ideal experience for travelers who want to visit and understand one of Colombia’s most important historical villages.

Plan your trip to Cartagena 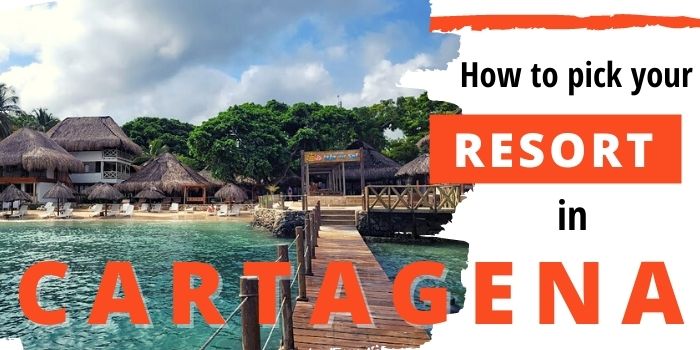 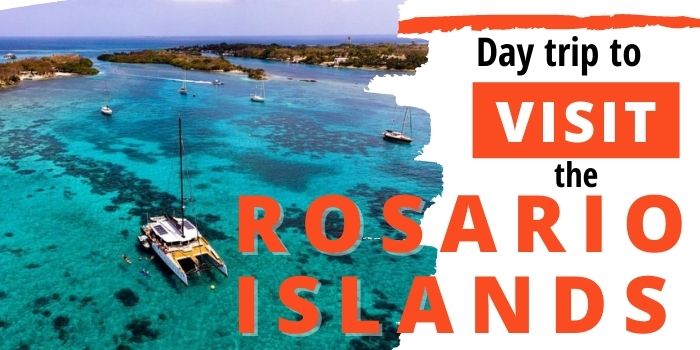 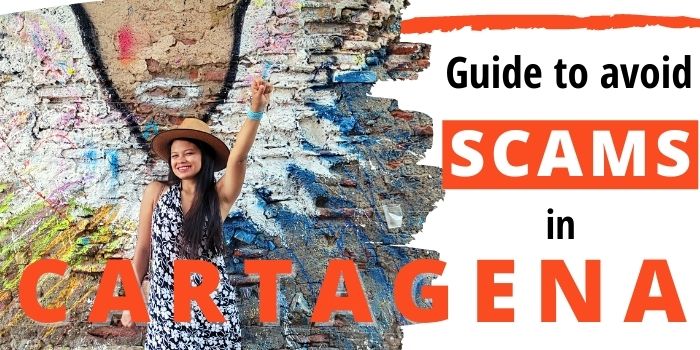 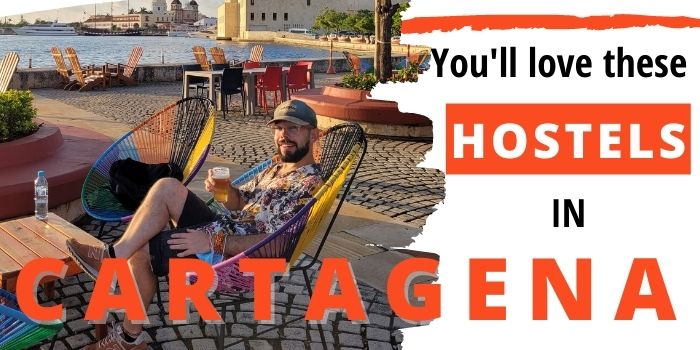 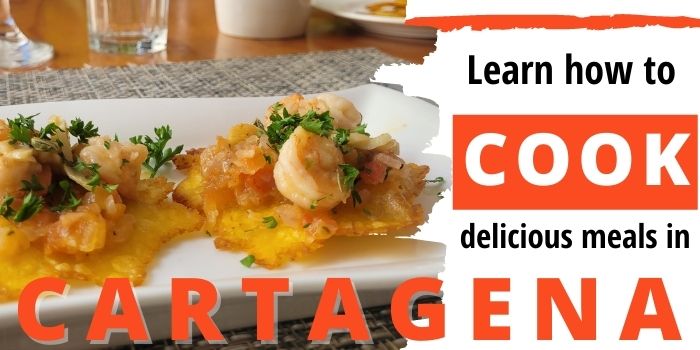 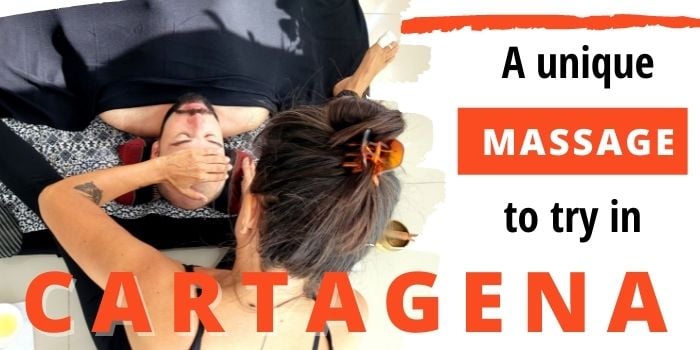 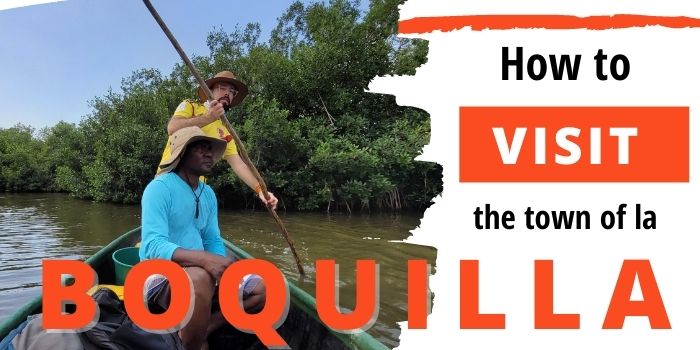 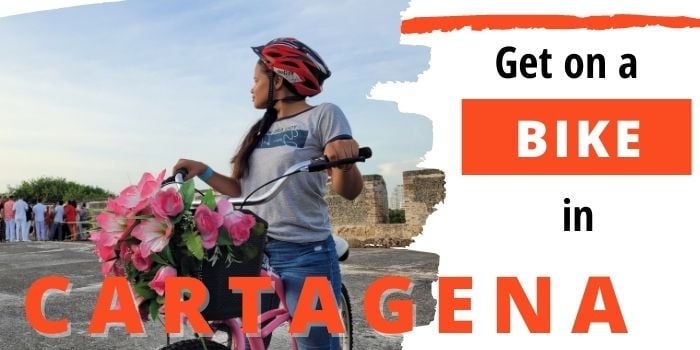 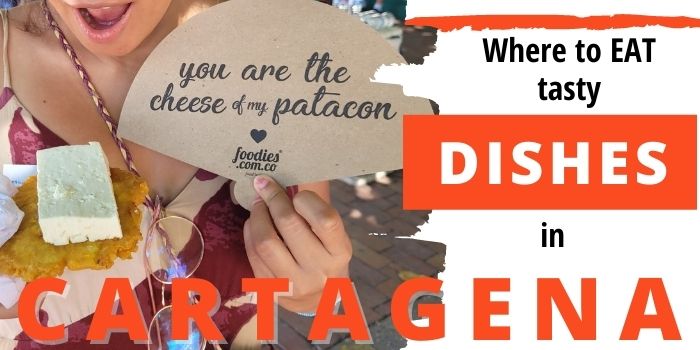 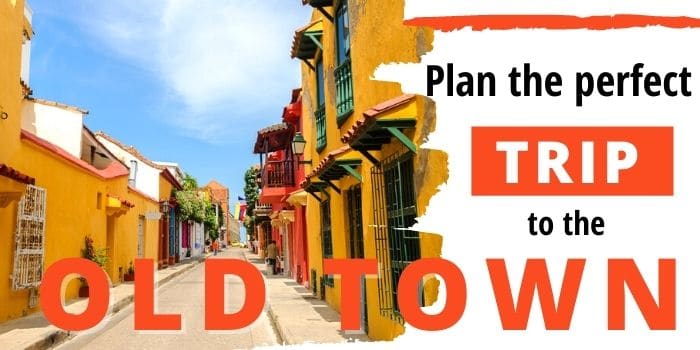 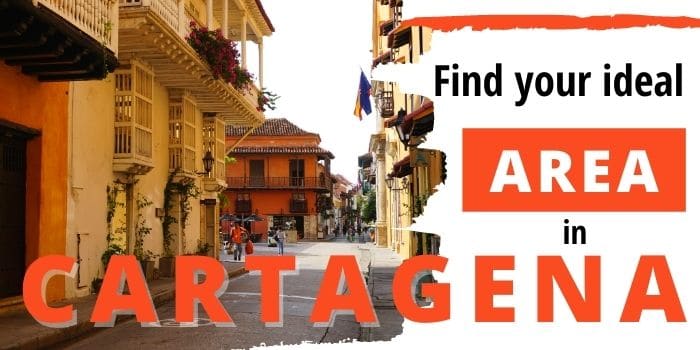 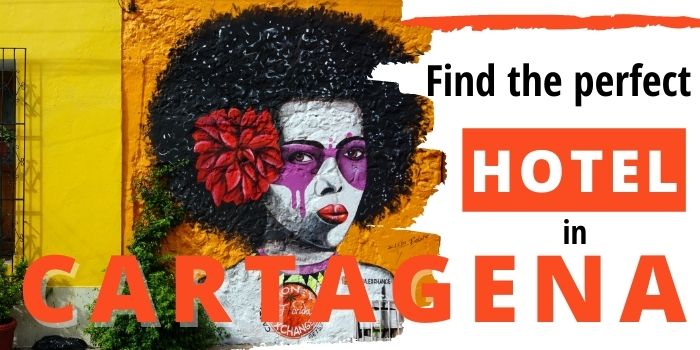 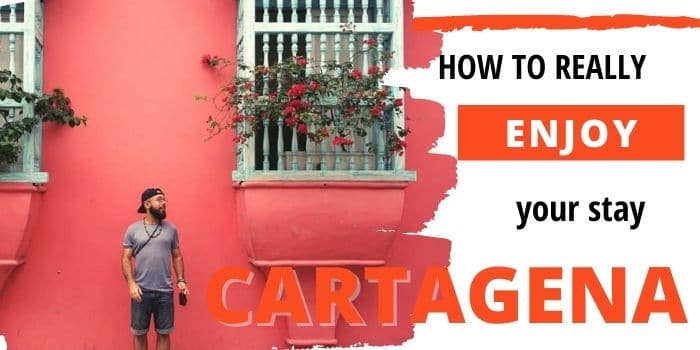 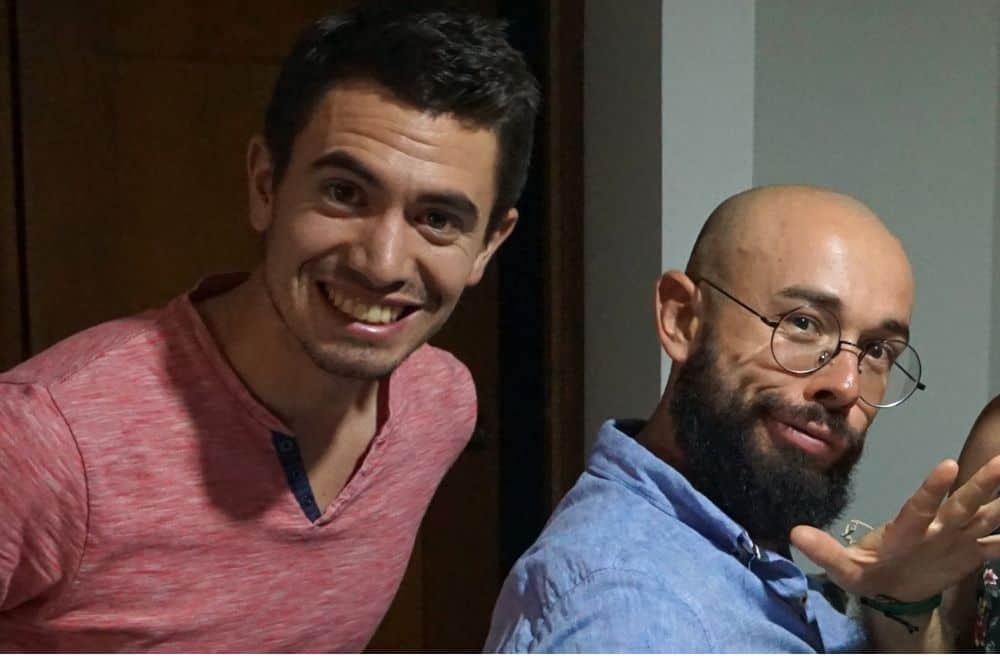 Exploring Colombia since 2015. Find then Book the best hotels & Experiences in the country! 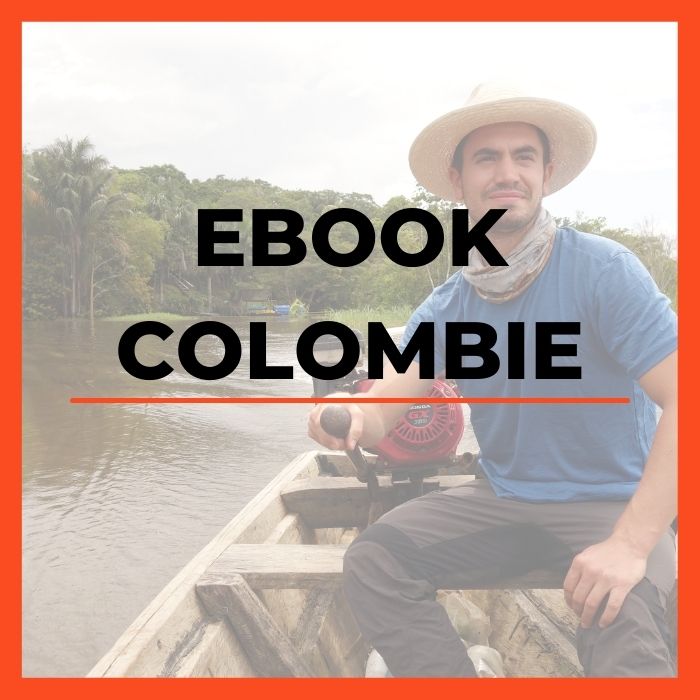 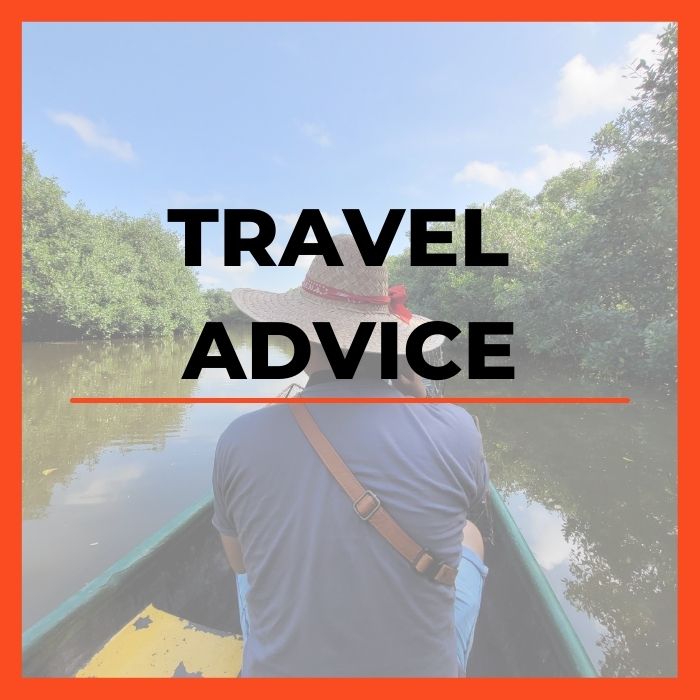 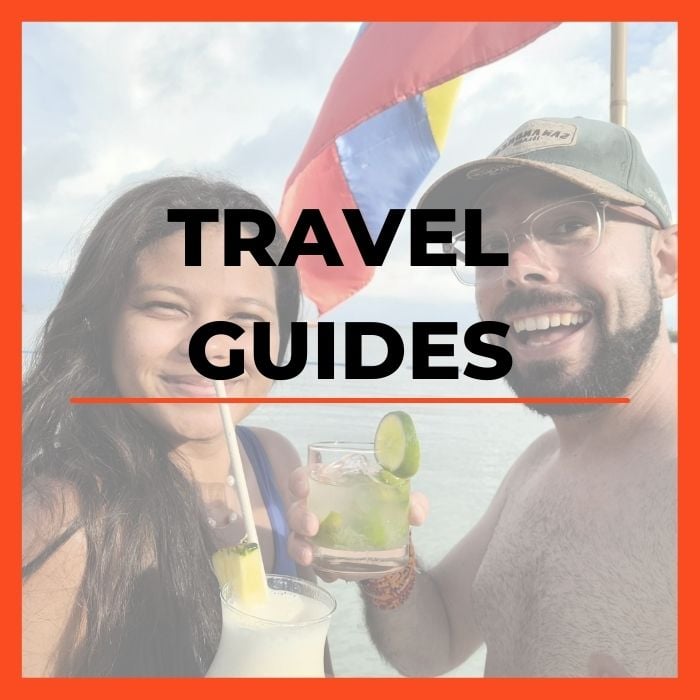 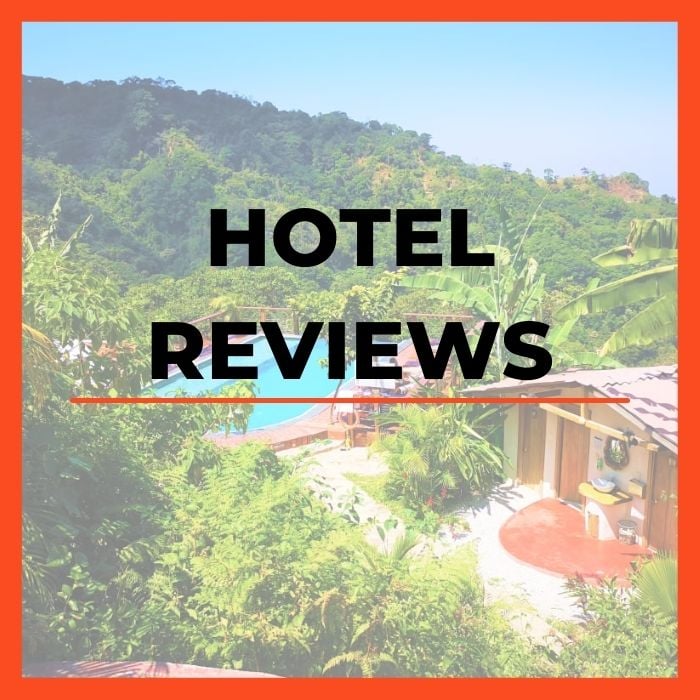