With its 9 million inhabitants, Bogotá is the capital of Colombia. Due to the city’s too rapid expansion, the municipality has not been able to develop an efficient public transport network. As a result, getting around is sometimes very complicated, especially during rush hours. Also, the climate in Bogotá is not known for its warmth and blue skies. The capital is surrounded by Paramos, located at about 2700 m above sea level, which are the cause of the often rainy and cloudy weather. Don’t forget to take a jacket and raincoat with you.

The traffic difficulties and the dreariness of the Cundinamarca region make Bogotá a depreciated city for many travelers.

This is a pity because the majority of them still have to land and/or depart from this airport (the largest in Colombia).

We spent a month crisscrossing the city looking for the most beautiful neighborhoods, the best accommodations, activities and gathered valuable tips on how to explore Bogotá differently. We loved the tours offered to travelers. We found them to be the best way to start discovering Bogotá.

Thanks to us, you’ll be one of the few people who leave the Colombian capital with a smile on your face.

Articles about Bogota you must read before coming:

From Villa de Leyva to Bogota:

From Suesca to Bogota:

From Tobia to Bogota:

From Armenia to Bogota:

From Cali to Bogota:

From Cartagena to Bogota:

From Medellin to Bogota:

From Neiva to Bogota:

From Pereira to Bogota:

From Popayan to Bogota:

From Santa Marta to Bogota:

From San Agustin to Bogota:

From La Macarena to Bogota:

From Leticia to Bogota:

The North terminal is outside Bogota, and you will use it to get to Villa de Leyva & Suesca. It takes 1 hour in a taxi to get there from La Candelaria.

Portal del Norte is the last station of the Transmilenio (It’s the main public transportation system used in Bogota). You will need to buy a Transmilenio card to get inside. There are buses leaving to Zipaquira and Nemocon.

You’ll probably arrive and leave from Salitre. It takes 30 mins in a taxi from La Candelaria. Never pay more than 30 000 COP.

The airport is located next to Salitre Bus Station. It takes 30 mins in a taxi from La Candelaria. Never pay more than 30 000 COP.

Or, you can book a private transfer to avoid any issues.

Our travel guides per city

How to decide among all these stunning places?

FREE Ebook based on our 5 years of travel in Colombia. 150 pages of information pure, no bullshit. 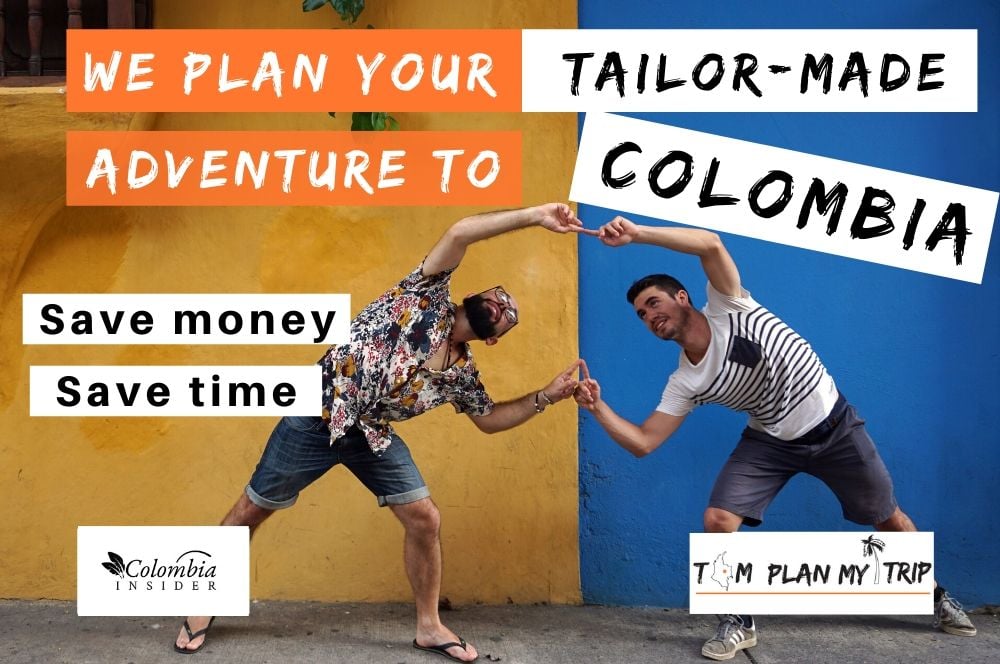