Medellín is an attractive city. Some people add it to their itineraries in Colombia for the wrong motives: prostitution, drugs, the story of Pablo Escobar.
However, I dare to believe that the majority of tourists go there for more praiseworthy and understandable reasons such as the clement weather, hence the nickname of the city of eternal spring, the discovery of the incredible Antioquia region, the nightlife, the pleasure of rubbing shoulders with pleasant and friendly locals, the “digital nomad” way of life.

I enjoyed spending more than 5 months in the city of eternal spring. Although its nickname is a bit exaggerated, I learned to understand and discover this city and I intend to share with you the advice I got from it.

1 – Many travelers and locals will tell you about the “Poblado” district when you mention Medellín. The Poblado is the trendy neighborhood where most of the clubs, restaurants, bars, Spanish schools, and hotels are located. It’s a great option if you’re looking for a night out. If this is not the case, I recommend Laureles. It’s another area of the city that is much more authentic and pleasant.

2 – The “Comuna 13” was, and still is, an excellent example to see and understand the change that has taken place in Medellín in recent years. However, Comuna 13 is now far too crowded, and you will meet a lot of tourists there. You have other options to discover the dynamics of change in this city, such as the neighborhoods of Moravia or La Sierra.

3 – The beautiful village of Guatape is located 2 hours from Medellín without counting possible traffic jams. This destination is very popular with locals and foreign tourists alike. Avoid the weekend if you want to have a peaceful and pleasant time there. You also have the option to stay in San Rafael and organize a day trip to Guatape from this small village. A great opportunity that you can include in your tour of Colombia.

4 – Arvi Park is overestimated. If you want to discover the surroundings of Medellín, decide instead to visit the Antioquia region. You’ll have plenty to choose from among the many beautiful little colonial villages. Antioquia is one of my favorite departments in Colombia.

Avoid adding Medellín to your stay in Colombia just because you want to party. You can enjoy the nightlife in any city in Colombia if you know where to look. However, if you’re going to visit part of the Antioquia region, it would be a shame not to spend some time in Medellín.

From Jerico to Medellin:

From Tamesis to Medellin:

From Jardin to Medellin:

From Salamina to Medellin:

From San Rafael to Medellin:

From Guatape to Medellin:

From San Carlos to Medellin:

From Pereira to Medellin:

From Armenia to Medellin:

From Salento to Medellin:

From Filandia to Medellin:

You can also take a taxi to the Armenia or Pereira airport, then a direct flight to Medellin with Easyfly.

From Cali to Medellin:

From San Agustin to Medellin:

From Popayan to Medellin:

From Neiva to Medellin:

From Nuqui / Guachalito to Medellin:

From Bogota to Medellin:

From Cartagena to Medellin:

From Santa Marta to Medellin:

From Isla Fuerte to Medellin:

It’s quite a demanding trip as there are many changes:

You can also fly from Monteria to Medellin.

From Rincon del Mar to Medellin:

From Medellin to Jose Maria Cordova:

Who lands in the Jose Maria Cordova?

The airport Olaya Herrera is only used by Satena and Easyfly. Flights to the Pacific coast leave from Olaya Herrera. The airport is 10 minutes by taxi from Poblado and 20 min from Laureles. It’s next to the South bus terminal.

The North Bus Terminal is 20 min up North by taxi from Laureles. All buses going to Bogota and the Caribbean Coast leave from there.

The South Bus Terminal is next to the airport Olaya Herrera, at only 10 min by taxi from Poblado. All buses going South of Medellin leave from there (Cali, Coffee region, Jardin, and so one). 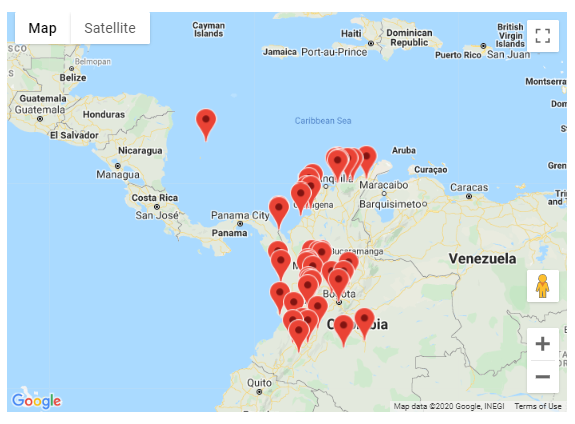 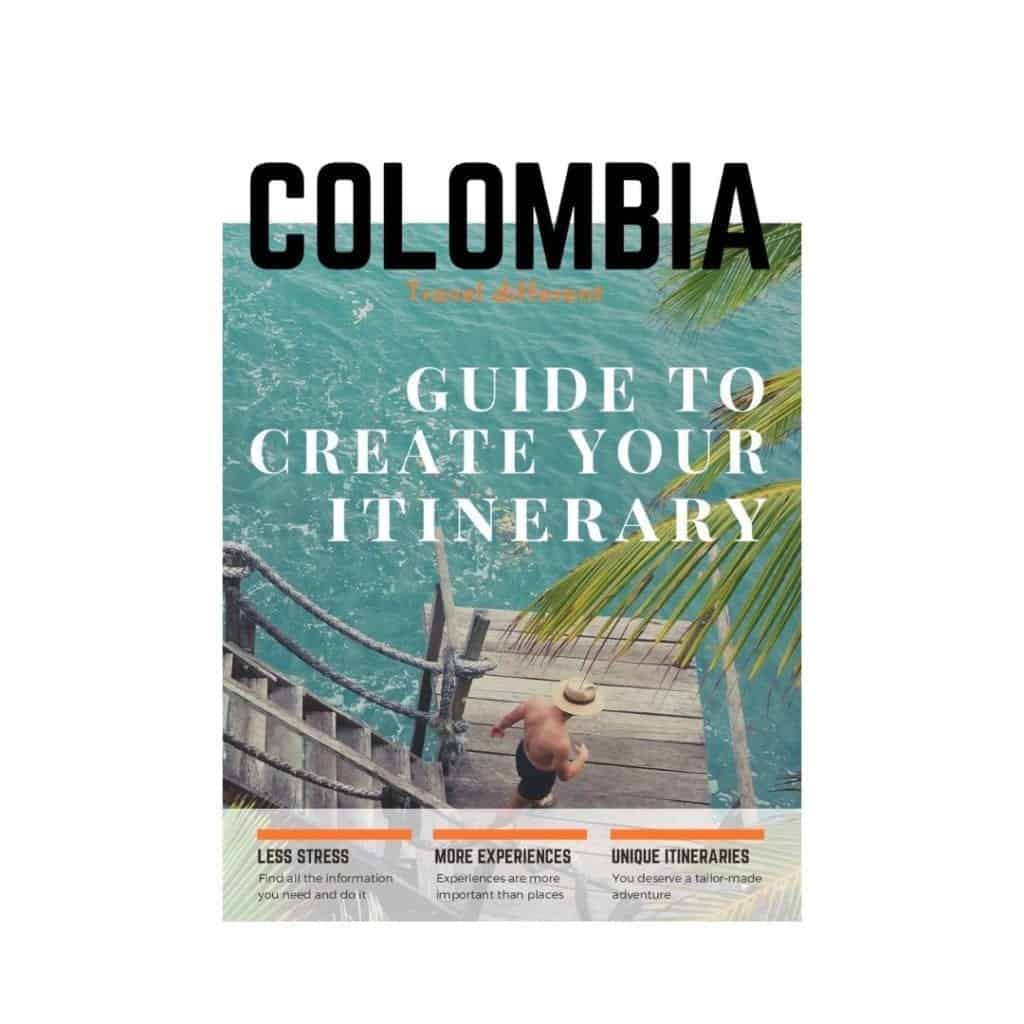 The best Colombia travel guidebook you’ll find on the internet. We answer all your traveler’s concerns. 100% interactive. FREE.